There was a time when we used to compare MacBooks with Windows Laptops.

But now the scenario has changed because another big giant – Google – has jumped in the market with its own device “Chromebooks” – a device that runs just a browser and they called it Chrome OS (because that browser is Google Chrome :P)

There is no doubt that the market share of Windows is already around 75% and for Chromebook, it is much harder to compete but still, Chromebook is growing steadily and there are a lot of things that both the devices are doing amazingly.

And below I am going to compare Chromebooks VS Windows Laptops so that you can decide whether you should buy and which not.

It will be an ultimate Chromebooks VS Windows Laptops blog post with a lot of information that you will love to know.

Detail Comparison of Chromebooks VS Windows Laptops in 2021 – Infographics:

Chromebooks had always been cheaper when compared to Windows.

The reason is simple, Windows is a full-fledged operating system and have the ability to run almost all kind of applications that’s why it needs to be powerful as demanded.

On the other hand, Chrome OS is a lighter operating system with limited flexibility and it cannot be extended as the Windows devices can be.

So, there is a huge difference in the hardware used in both types of machines.

That’s why Chromebooks are much cheaper as compared to Windows.

However, both types of machines can be bought as low as under $200 with low specifications.

Conclusion: For budget-friendly users with minimum requirements Chromebooks are the best.

The biggest difference between Chromebooks and Windows is application availability and support.

To be honest, the number of applications available for Windows users is far more than those available for Chrome OS users and these apps are more powerful too.

Because you can install games, choose from millions of Android applications, use a Chromebook as a tablet and a lot more.

However, if you are supposed to have a powerful device then no doubt a Chromebook is unfit for you.

Conclusion: For running powerful applications Chromebooks are not good and Windows is the best choice.

Being in the game for a long time Windows devices have been becoming the victim of hackers.

And Windows is really Infamous for the security holes that hackers find and attack.

But now Microsoft is taking the security of the users more important than any other factor and have built a lot of great security features to protect the users. Such as Windows Defender that keeps running in the background and notifies you when any malware, virus or harmful software is detected.

Moreover, the secure-boot secure your system by checking the digital certifications of authenticity before booting your machine.

After all these Windows users are worried about purchasing a paid antivirus software for the security of their data.

While on the other hand, Chromebooks are sold on the name of the security.

Google claims that Chromebooks are much more secure than any of its competitors like Mac or Windows.

Moreover, for Chromebooks, you really don’t need any sort of antivirus application as the virus protection system of the Chrome OS is already very advance that blocks most of the unwanted scripts from harming your device.

If in any situation your device gets infected with any sort of bug or viruses then you can simply reset your device to the factory settings with a couple of clicks. And can restore it back to the settings where you had reset it.

Conclusion: For security, Chromebooks are the securest devices out there.

With a huge variety of the games, there is no doubt that Windows beat the Chrome OS and is clearly dominant as far as gaming is concerned.

And if you want to play some heavy games which require very good specification then there is nothing better then the Windows PC because some Windows devices are built by keeping the gamers in mind.

While on the other hand, you can’t run high-end games on Chromebooks.

Thanks to the 2017 software update of Chrome OS that enabled the compatibility of Android apps for the Chromebooks.

Now you can download and install all the Android games in your Chromebook.

However, due to limited specification in most of the Chromebooks, you can’t do gaming as you can do on a Windows PC.

Although lighter games can be played on the Chromebooks like Angry Birds etc.

Conclusion: Chromebooks can’t compete with Windows for gaming and for gamers Windows laptops or PC is the best solution.

MS Word, Excel and PowerPoint are the standard productivity applications that pop in anyone’s mind when talked about productivity.

Being a full-fledged operating system MS Office is highly compatible with the Windows OS and Office runs very smoothly on it.

If you are not comfortable with MS Office then you have other options like Google Docs & Sheet and a lot more.

However, the added feature of installing Android applications allows you to install the lighter versions of the MS Office on your Chromebook but these versions are not fully featured as on a Windows PC.

Conclusion: If you are a business person and requires a powerful productivity app then MS Office is must and Office works the best on Windows.

Chromebooks are designed by keeping those people who use a browser more than any other application on their Windows or Mac machine.

While 90% of the users use a browser when using a computer whether they want to watch any Movie or want to do any sort of work a browser is used.

And Google Chrome is one of the most used browsers in the market.

Chrome OS is just a browser and if you want to purchase a machine where you often do browsing then Chromebooks are the best.

However, on Chrome OS you can’t run Flash that means a few special types of sites will not be accessible on Chrome OS while on a Windows Chrome can open all type of site.

Conclusion: If you want to do just browsing then Chromebook is the best while if you need to open a specific type of sites that need Flash then Chrome OS is not for you.

With time the interface of the Windows has been improved a lot and now Windows 10 is one of the best OS when talked from the Interface perspective.

The start button at the bottom left corner has become more powerful and versatile than ever, while the addition of Cortana is a great feature.

However, on the other hand, Chrome OS is also a well designed and user-friendly operating system with a bunch of great functionalities.

Conclusion: Both the Windows and Chrome OS are beautiful and engaging operating systems and both are the best.

For Windows users, there are a number of applications that are available for editing photos and videos. For example, the availability of Adobe applications like Photoshop and After Effects is a great addition in favor of Windows.

But the Chrome OS is not offering any such powerful applications which you can use to edit photos and videos.

The latest version of the Chrome OS has the capability of running Android apps and you can surely install some photo or video editing applications but still, you will not find them much powerful and efficient.

While another reason due to which editing is not suitable for Chrome OS users is the hardware.

Video editing requires powerful machines and Chromebooks are not that powerful – no doubt.

Conclusion: Chromebooks lacks the ability to edit photos and videos and provides very basic editing options while Windows has a bunch of great applications and hardware compatibility for editing purpose.

The default file manager that we used to see in the older version of the Windows is still being used in the Windows 10 with some improvements of the interface and the addition of a few functionalities.

Windows has also integrated the One Drive with its file manager that can also store your files on the cloud which can be directly viewed through the File Explorer.

File Explorer is now more neat, clean, powerful and easy to use and understand than ever.

However, the file management system of a Chromebook is a bit confusing and difficult. Unlike Windows, you cannot directly access your all files and cannot create folders on the desktop in a jiffy.

There are two options for storing data on a Chromebook; on cloud or system storage. The system storage is very limited as compared to Windows.

Conclusion: Windows 10 is a clear winner and the file management system of Chrome OS is no near to Windows.

Both Windows and Chrome OS have some limitations and both operating systems can’t support each and every type of file type.

However, on Windows-powered machines, you have the option to download other third-party software and applications for opening a certain type of files but on a Chromebook, you are limited to those files that are supported by your operating system by default. 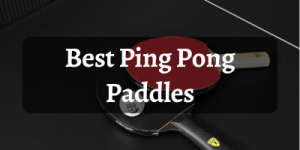